TORONTO, ONTARIO, December 6, 2022 –Homeownership market activity in November continued to be influenced by the impact of higher borrowing costs on affordability. Sales were down markedly compared to the same period last year, following the trend that unfolded since the commencement of interest rate hikes in the spring. New listings were also down substantially from last year, and at a very low level historically. The fact that the supply of homes for sale has remained low, has supported average selling prices at the $1.08 to $1.09 million mark since August.

Greater Toronto Area (GTA) REALTORS® reported 4,544 sales through TRREB’s MLS® System in November 2022 – down 49 per cent compared to November 2021, but remaining at a similar level to October especially after considering the recurring seasonal downward trend in the fall. New listings, at 8,880, were down on both a year-over-year basis and month-over-month basis.

“Increased borrowing costs represent a short-term shock to the housing market. Over the medium- to long-term, the demand for ownership housing will pick up strongly. This is because a huge share of record immigration will be pointed at the GTA and the Greater Golden Horseshoe (GGH) in the coming years, and all of these people will require a place to live, with the majority looking to buy. The long-term problem for policymakers will not be inflation and borrowing costs, but rather ensuring we have enough housing to accommodate population growth,” said TRREB President Kevin Crigger.

“We have seen a lot of progress this year on the housing supply and related governance files such as the More Homes Built Faster Act. This is obviously good news. However, we need these new policies to turn into results over the next year. Otherwise, the current market lull will soon be behind us, population growth will be accelerating, and we will have done nothing to account for our growing housing need. The result would be enhanced unaffordability and reduced economic competitiveness,” said TRREB CEO John DiMichele.

“Selling prices declined from the early year peak as market conditions became more balanced and homebuyers have sought to mitigate the impact of higher borrowing costs. With that being said, the marked downward price trend experienced in the spring has come to an end. Selling prices have flatlined along side average monthly mortgage payments since the summer,” said TRREB Chief Market Analyst Jason Mercer. 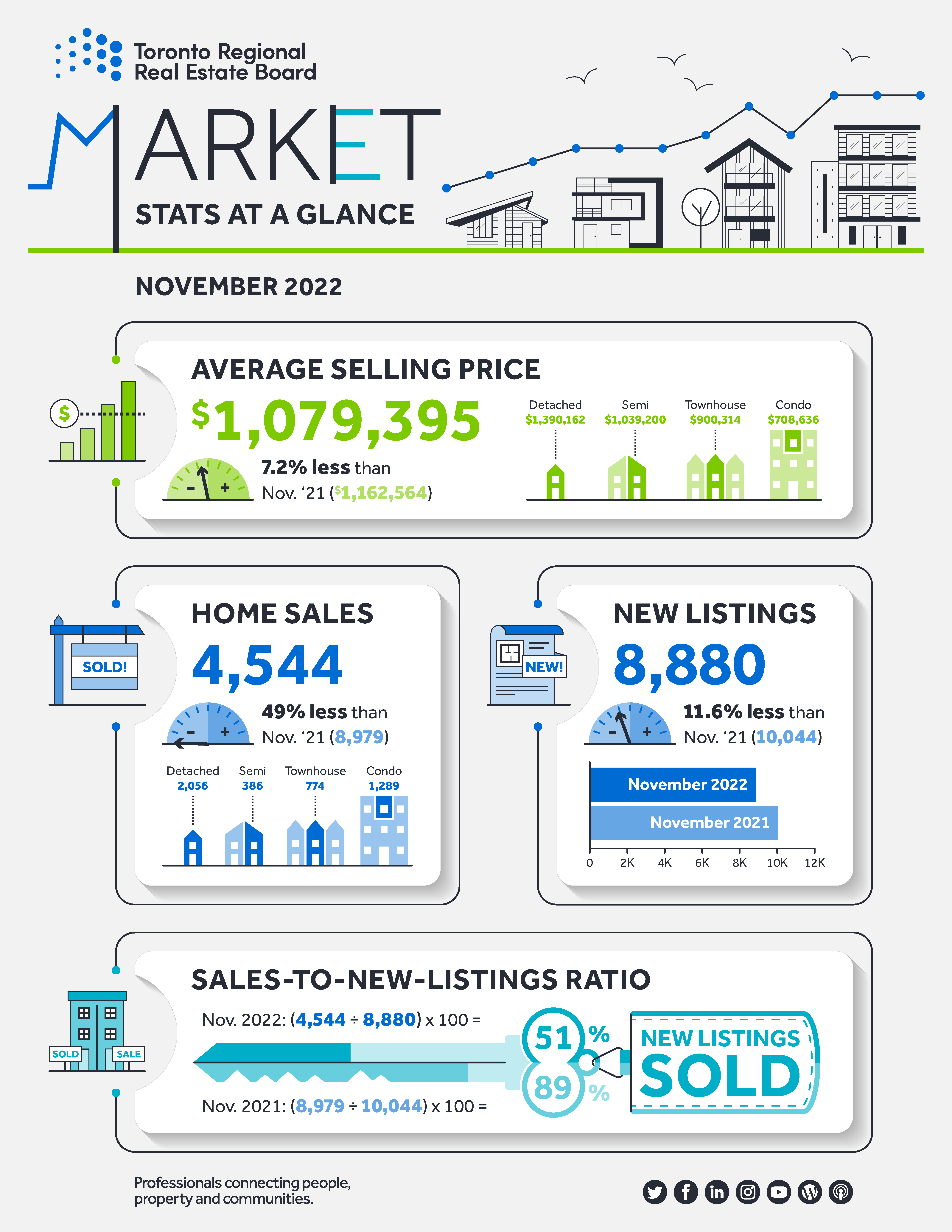 Should you buy despite rising interest rates?
Scroll to top The TanTeam Real Estate Group