Close to 900 Royal LePage sales reps and brokers from across Canada attended the 2012 National Sales Conference in Vancouver recently. The event served as the official kick-off of the company’s 100th anniversary in 2013.
END_OF_DOCUMENT_TOKEN_TO_BE_REPLACED

The fifth annual installment of our critically acclaimed Client Appreciation Event is…as I would like to usually say….just right around the last corner of the year. Make note! November 24, 2012 is the date that you want to mark down on your calendar!

Mouthwatering and appetizing food with free flow drinks awaits you! there will be timeless music and even more great family fun.

“Some households have put their home purchase plans on hold in response to the higher cost of home ownership brought about by the recent changes to mortgage lending guidelines. Both first-time buyers and existing home owners have been affected, given that sales were down across house types and geography,” said Toronto Real Estate Board (TREB) President Ann Hannah.

The average selling price for sales reported from October 1 through October 14 was $501,146 – up by almost six per cent in comparison to last year.

“The average selling price grew well above the rate of inflation in the first half of October due to relatively tight market conditions from a historic perspective. However, the market continued to become better supplied, pointing toward a slower pace of price growth as we move into 2013,” said Jason Mercer, TREB’s Senior Manager of Market Analysis.

September 18, 2012 — — Greater Toronto Area (GTA) REALTORS® reported 2,544 transactions through the TorontoMLS system in the first 14 days of September. This result was down by 15 per cent compared to the 2,995 sales reported during the same period in 2011.

“The combination of stricter lending guidelines, rising home prices and the added upfront cost associated with the land transfer tax in the City of Toronto resulted in a slower pace of sales during the summer of 2012 compared to a year ago,” said Toronto Real Estate Board (TREB) President Ann Hannah.

The average selling price for sales during the first two weeks of September was $496,786 – representing an annual rate of increase of more the 9.5 per cent. Average selling prices were up for both low-rise and high-rise home types, including condominium apartments sold in the ‘416’ area code.

“Price growth continued to be strongest for low-rise home types during the first two weeks of September. This segment of the market has been very tight, with months of inventory remaining low from a historic perspective,” said Jason Mercer, TREB’s Senior Manager of Market Analysis.

“Housing demand remained strong in the first half of July.  Sales growth occurred in the regions surrounding the City of Toronto. In the City of Toronto, where sales were down, the relatively higher cost of home ownership likely prompted some buyers to purchase elsewhere in the GTA.  Higher costs in the City of Toronto include the upfront payment of the additional land transfer tax,” said Toronto Real Estate Board (TREB) President Ann Hannah.

“A better supplied market contributed to a slower annual rate of price growth in July relative to the first half of 2012,” said Jason Mercer, TREB’s Senior Manager of Market Analysis.  “As buyers benefit from more choice in the second half of this year, expect price growth to slow to a more sustainable pace.” 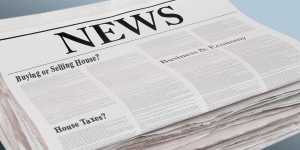 TORONTO, April 18, 2012  – Greater Toronto REALTORS® reported 4,557 transactions through the TorontoMLS system during the first two weeks of April 2012. This result represented an increase of almost seven per cent in comparison to the same period in April 2011. The number of new listings grew over the same period, but by a lesser annual rate than sales, which means market conditions tightened compared to last year.

“Competition between buyers remained strong in many parts of the Greater Toronto Area during the first half of April, with many listings attracting a lot of attention. Strong competition meant that, on average, sellers priced within market value range received offers that matched their asking prices within three weeks,” said Toronto Real Estate Board President Richard Silver.

The average selling price during the first two weeks of April was $506,954 – up by five per cent compared to the first half of April 2011. The annual rate of price growth was stronger in the GTA regions surrounding the City of Toronto.

“Growth in listings has not kept up with growth in sales. In the City of Toronto, new listings for low-rise home types during the first half of April were actually down compared to last year. This helps explain why some of the tightest market conditions in the GTA can be found within the ‘416’ area code,” said Jason Mercer, TREB’s Senior Manager of Market Analysis.

“With slightly more than two months of inventory in the Toronto Real Estate Board (TREB) market area, on average, it is not surprising that competition between buyers has exerted very strong upward pressure on the average selling price. Price growth will continue to be very strong until the market becomes better supplied,” said Toronto Real Estate Board President Richard Silver.

“It is important to note that both buyers and sellers are aware of current market conditions. This is evidenced by the fact that homes sold, on average, for 99 per cent of the asking price in February,” continued Silver.

“If tight market conditions continue to result in higher than expected price growth as we move into the spring, expectations for 2012 as a whole will have to be revised upwards,” said Jason Mercer, TREB’s Senior Manager of Market Analysis. “While price growth remains strong, the average selling price remains affordable from a mortgage lending perspective for a household earning the average income in the GTA.”